there is quite a wide range of Simulators out there.

but all of them have some things better or worse than others, list is sorted by my personal preference, I will try to point them out here based on my own experience. (conclusion below) 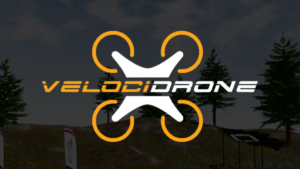 the Graphic engine is not exactly state of the art, in fact, that is (i think) the biggest complaint about Velocidrone, community is small as well so flying with someone else doesn’t really work out without appointments.
on the plus side, the flight characteristics are extremely close to reality (and this is what is it all about when learning to fly or try new things)

also, Velocidrone has a Nemesis Mode, where you can do offline race existing maps, the game will automatically select opponents that do have the same times as you, this way you play in a winnable environment, if you get better the game selects better partners for you, and you can even look how they did things (watching recorded flights)

overall the best Sim to teach yourself on flying. [Website]

it comes with 8 maps (for now) in extremely great detail,
very very short loading times, and quite a good accuracy (you may need to make the quad heavier)
It’s always in “God Mode” so you can’t really crash, but I’ve been told they working on this. 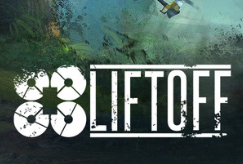 LiftOff is probably the most used Simulator, It is widely Promoted by all the big YouTubers in the Drone/FPV section (such as Rotor Riot, JB, and so on) but honestly, I think it’s not good enough to be promoted in such a way. but have to give them credit for doing so, there is even a Map that re-creates Joshua Bardwell’s Yard, which makes it hard for them to ignore the game (i guess).

the game itself has a very large Community attached (Multilayer) because of this influence, but if you look at the Highscores you can quickly see that those times are created with Quad configurations far outside the realm of reality with speeds and Gravity reactions created that would require batteries the size of a small car in the real world, and the race probably must take place on Jupiter instead 😉 but if you want to have fun, flying around. its a great place to do it. they also have a “blank map” which houses very complex structures, making learning Freestyle very fun and easy. [Steam Link] 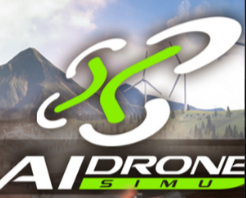 A very modern interface and promising features, it also includes a Blackbox import feature where it is supposed to create a Quad based on the flight characteristics of your own, but I have not yet been successful with that.
the gameplay is great, with large maps and a new graphics engine, but the gravity and general movements are not really realistic, still, a nice one to have since it’s really cheap too. [Steam Link]

serious about learning and training, Velocidrone is by far the best, you do not need to run Steam, the license is very cheap, and it’s very close to reality in terms of flying. Recommended by Mr Steele, some words from Mr Steele about Simulators back in 2018 in General and Velocidrone (not much has changed till today)

flying in groups for fun and some sort of Racing, pick LiftOff, as the community is great & large, flying characteristics are not as great, especially Expo and generally, gravity is handled quite badly and requires ALOT of tuning to mimic your actual Aircraft. Endorsed by Rotor Riot

AIDroneSim is the most modern one, but (Jul 2021 v1.13) it is in its very very early stages, the maps are high quality, but it’s not really good for anything as there is little community and flight characteristics are far from real.