This page just shows the past mini-drama with MyForexFunds Company.
PLEASE do not jump to conclusions! on the frequency of events like this, after all the issues were resolved in my favour!
sometimes, these things just need some time to get resolved.

The bottom line it’s not fraudulent behavior but some organization issue (back office management) so nothing to worry about this firm so far!
also you need to keep in mind, that most people sign up with firms like this are losing traders and find reasons and ways to blame anything or anyone but themselves for wrongdoings.
those type of reports do not reflect the actual state a certain company is in!

After being initially quite happy with the way the firm works, the first signs that there may be some dodgy stuff is going on did raise.

Archived almost 11% ROI, some “issues” came to light, where the firm just stop paying out weekly profits as agreed.
I didn’t really think much about that at first, as the initial experience was rather pleasant.

After a week went by, i get another confirmation email about profits to be paid out to me. I did reply to the message asking “what about the previous payment not yet settled”
No reply was given, and a few days later the ticket was closed, asking me to “rate the service”
I did rate it and commented that my follow-up was just ignored. I received a message after where I was asked what the inquiry was. (I guess scrolling up in zendesk to read it isn’t an option 🙂 )

a day later I wrote an email to billing and cc to the registered email in the deel system, friendly asking about the whereabouts of the outstanding payments.
the same day, the person who previously dealt with me followed up by informing me that my account was suspended due to elicit trading practices and multiple IP did access my account’s

this response however raises more questions than providing answers.
like:

the act of protecting the equity of the firm isn’t really the issue here, i would have probably done it too.
but the chain of events as a whole does raise multiple red flags!

just to note here, it’s not like I wasn’t aware of the rules.

the website (screenshot from March 13 2021) clearly states that copy of trades is allowed. 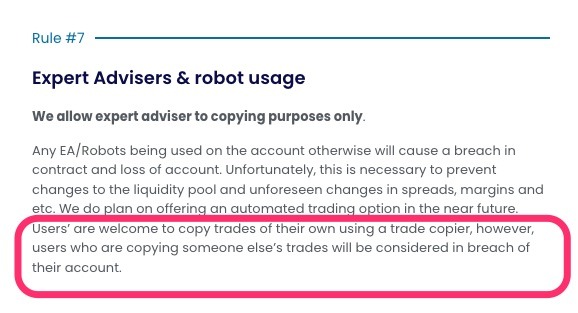 on top of that, i asked the online support TWICE specifically mentioning the service (Duplikum) i use

March 13: I responded in detail to what I’m doing, including trading logs from corresponding accounts, Duplikum setup, and some screenshots from support where I clearly received permission to use Duplikkum.

also re-added a new Payment Request in the Deel-System, requesting the last 4 payouts to be fulfilled. 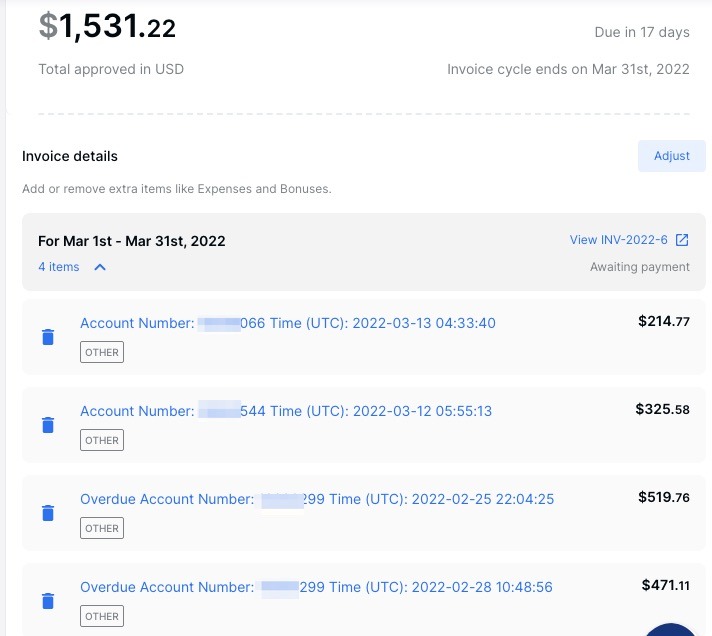 March 14: contacted the Support supervisor I have as a contact on another platform, he told me to take care of it.
also, someone in the discord told me that support will contact me shortly.

March 15: surprise, support ended me another email confirming the payments (again) for one of the 3 accounts in dispute.

March 16: everything resolved, took a few peoples to get involved but at the end, the issue was confirmed and the funds were transferred to me (they are already on my Bank account)
THanks!