Update: this restriction on the zone VTR1 is still in place, and requires special permission to fly,
permission can be requested via CAAT, more details here.

on September 21 2017 CAAT announced that the 19km around Bangkok, Thailand are a Strictly no-fly zone,

for the Royal Cremation Ceremony of His Majesty, the Late King Phra Bat Somdetch Phra Paramindra Maha Bhumibol Adulyadej.
which is scheduled for 25-29 October 2017 at the Grand Palace, Sanam Luang Royal Ceremonial Ground.

Download Publication (English Translation) directly from CAAT [0x8 Archive]
the Publication did include Permission to the Military to shoot down/destroy drones that do violate this restriction and do not comply with Officers requests! 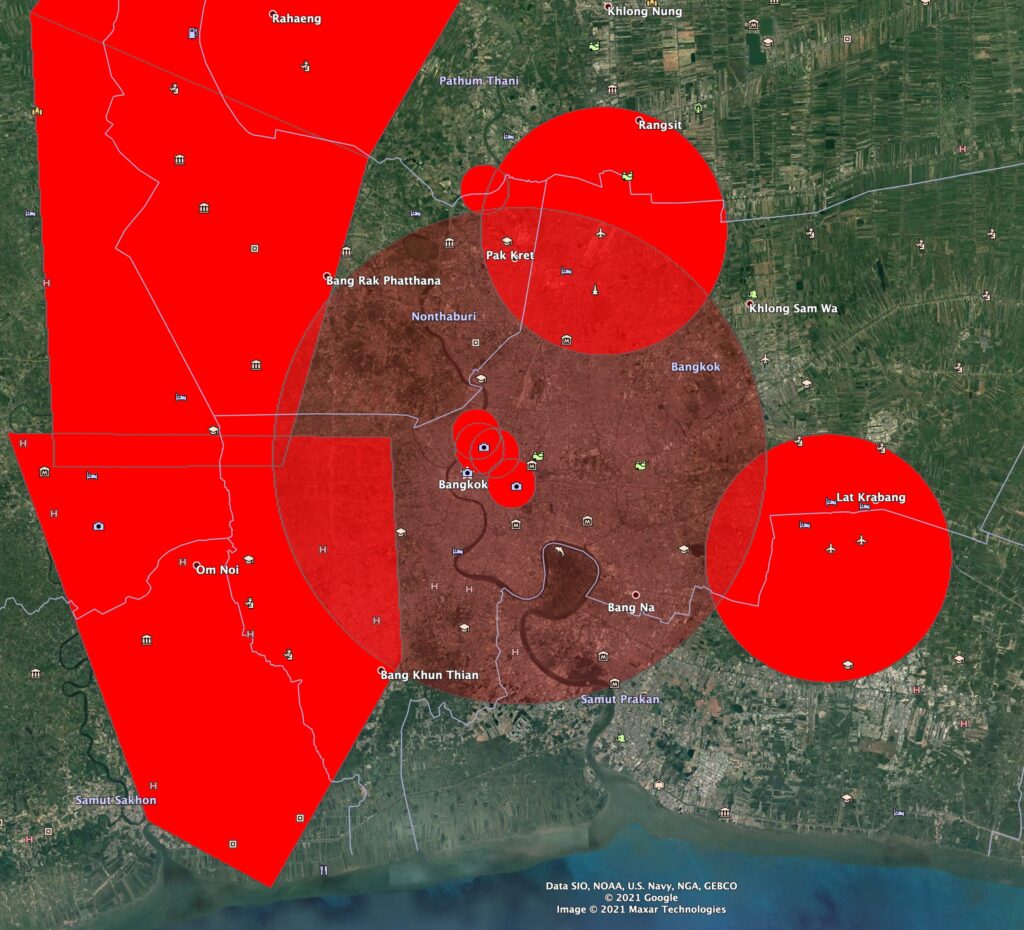 please note: this zone is still in the official list of restricted zones for Unmanned Aircraft. 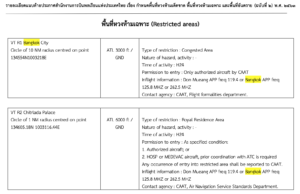 […] Bangkok generally is a Special area as of Jul 2021, the zone created for the Royal Cremation Ceremony of His Majesty the Late King Bhumibol Adulyadej in Sep…. […]